Mr. Balachandran’s experiment with a Magento headless PWA proved to be successful. A rapid increase in user base greatly proved that PWA was the right call for his business. Thus, his EthnicSmart an online B2B marketplace is growing and making a way of its own in the industry, and not to forget shining as another PWA success story.

The normal native app did not work well for EthnicSmart’s users. As such, its mobile user base was not exceeding 30%. This immense trouble struck Mr. Balachandran with the idea of a PWA for EthnicSmart.

EthnicSmart is an Indian B2B multi-vendor marketplace supplying ethnic clothing to vendors at wholesale rates. This marketplace is supporting more than one lakh retailers and resellers in India catering to the growth of hundreds of small-scale businesses.

Ever since its establishment in 2012, EthnicSmart was operating through its website and app. Now, it further advanced itself technologically. This advancement led to the creation of an EthnicSmart PWA success story.

EthnicSmart went for this PWA to make their business engaging and reliable by enabling the use of the marketplace even without the internet. It is providing the same facilities as native apps in addition to offline use such as viewing a cart or wishlist.

Mr. Balachandran took help from Cedcommerce to meet the requirements in creating this progressive web app. Its Cenia Pro PWA theme for Magento 2 and the helpful support staff affirmed his faith in a PWA for his marketplace. It offered the push notification feature especially to Mr. Balachandran which was not available in the theme earlier.

As a result, EthnicSmart PWA is now enabling the B2B marketplace to deliver a smooth and speedy mobile user experience. These outcomes are what the Magento PWA was developed for. This PWA framed another PWA success story.

Why did EthnicSmart go for PWA?

The greatest problem for EthnicSmart was speed. The website’s native app was slow in loading content because of issues in caching data. Users abandoned the EthnicSmart app when they browsed through mobile and had to wait for products to appear before them.

EthnicSmart anyhow optimized their app until the PWA remained unknown. This optimization failed to resolve the main problem of speed. But still, “the normal HTML web version was 50% faster than native apps” – Mr. Balachandran said.

This problem continued to persist also because of tons of complicated and inefficient resources to create an app.

Besides, creating an app requires a substantial investment that entrepreneurs hesitate to put in and even then never get their desired outcome. It had to necessarily be compatible with every mobile OS and even require timely updates.

The robust PWA Solution for EthnicSmart.

EthnicSmart needed a PWA theme since users were facing delays and difficulties in accessing the website on mobile. Moreover, Mr. Balachandran went for PWA after research that more than 50% of users browse the mobile web to avoid downloading apps. These reasons strengthened his decision to choose headless PWA and get started with creating another successful Magento PWA example.

He said, “The technology used for PWA is far superior and it consumes fewer server resources. This ensured our entry into mobile-apps easier. We thought of combining the best of both worlds – i.e fast like a web-page and direct app-link on a customer’s mobile.”

With this positive mindset for PWAs, Mr. Balachandran selected the Cenia Pro PWA Theme due to its headless technology. This technology in the PWA theme reduced hectic maintenance where replacement of one part does not affect the entire system of frontend and backend of the marketplace website. Along with this technology, the Cenia Pro theme gave sophisticated features such as push notifications to keep updating users frequently. 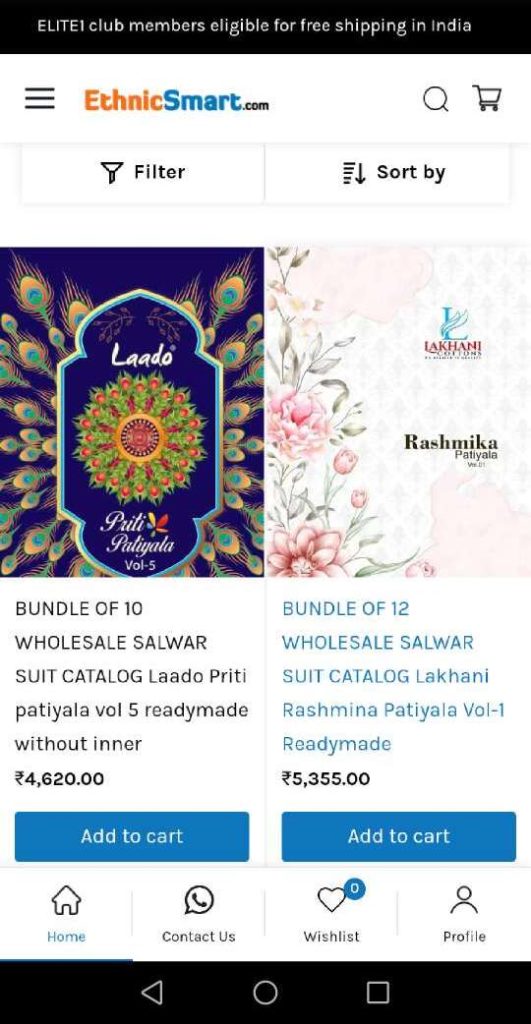 The theme also enabled EthnicSmart PWA to provide various shipping methods such as FedEx, DHL, UPS, and USPS in the offline mode. Payment methods such as Paypal, cash on delivery, cheque/money order, bank transfer, HyperPay, and AmazonPay are available in this mode as well. EthnicSmart also regularly enhances its Magento 2 PWA through cookies.

The Magento PWA solution shaped EthnicSmart into a comprehensive marketplace.

Cenia Pro PWA Theme and the supportive developer team of Cedcommerce lead to the success of EthnicSmart. EthnicSmart PWA increased around 19000 subscribers within a few weeks of the launch. It improved its mobile web appearance making it completely user-friendly. With APIs from Magento 2 that are connecting the frontend and backend, EthnicSmart’ Magento PWA is increasing its speed, reliability, and installability across multiple platforms.

This Magento PWA now caches the EthnicSmart content without any hassle to display it in offline mode instantly. Users view items in the cart and as discussed above, they can choose their favorite shipping and payment methods in this mode.

EthnicSmart PWA is creating an impression upon users because of the sliding menu that displays all product categories. The main menu panel also consists of options for sign-in and register. Users can also view orders and wishlist options on the same panel. 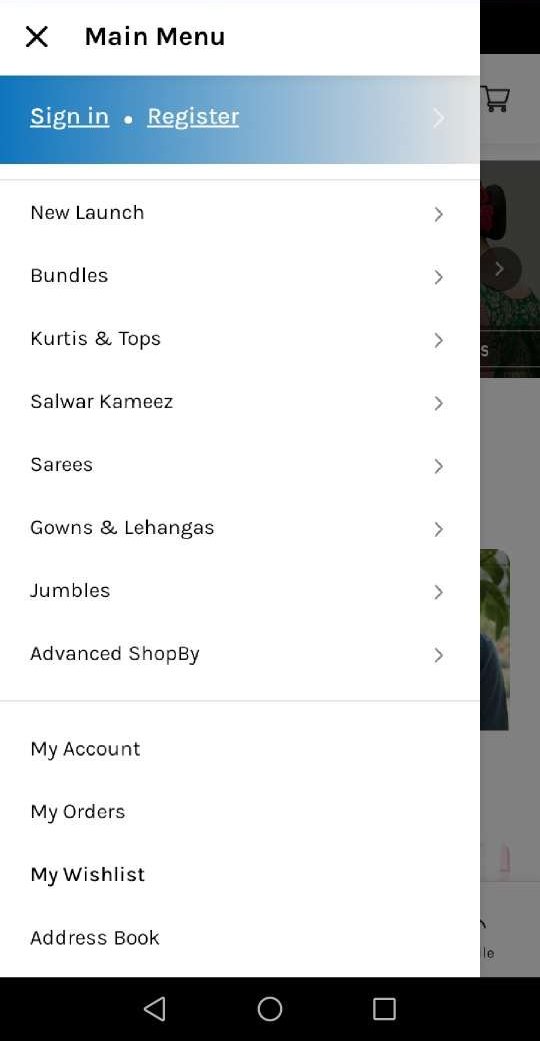 Not only the main menu but also the homepage is leaving users in awe. It displays the top-selling and latest products enriching it with fruitful information. It conveys its commitment towards a customer-oriented approach by offering services such as free shipping and booking that are effective for goal conversions as well.

This Magento PWA example is not lagging behind in its navigation too. It has sleek navigation with the search field showing relevant product suggestions as shown in the image below- 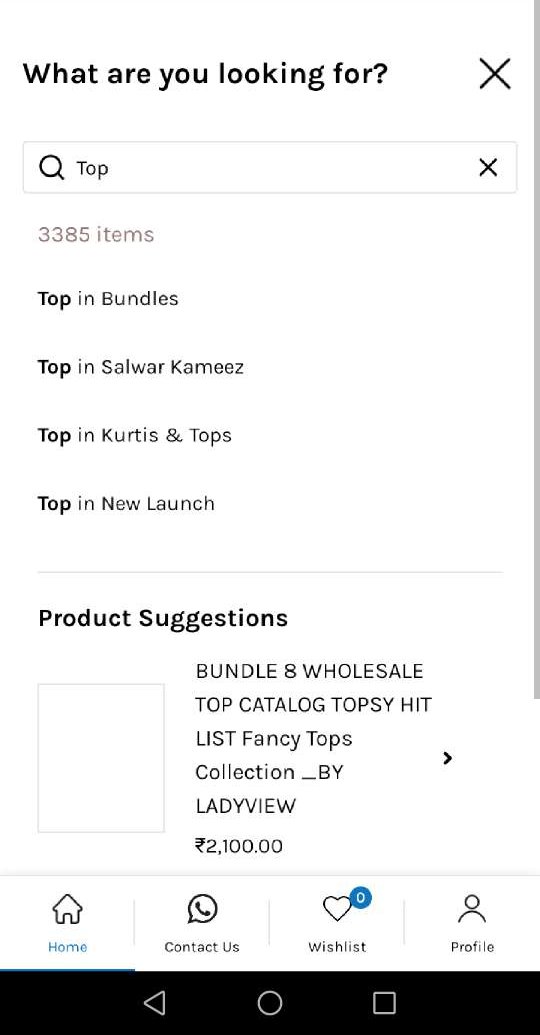 Users now launch EthnicSmart PWA in one-click after its quick addition to the mobile’s home screen. Such features are reducing the bounce rates and improving conversion rates of EthnicSmart. Even the web push notifications are enabling repeated visits.

Hence Mr. Balachandran’s risky decision was not a regretful one. The Magento PWA theme and support services of Cedcommerce managed to live up to his expectations. His EthnicSmart PWA is quickly adding up to the list of successful Magento PWA examples.

“Cedcommerce was the right kind of support that they gave me both pre-sales and also post-sales support activities. I had few hiccups in the launch, the bugs that were there but the development team duly fixed it very very neatly and it came as a very good experience. And as if today just after two-three weeks of going live I am having close to 19,000 subscribers. That itself is a good number for me. I have seen the business is growing. And definitely, I would partner with CedCommerce going forward with any of my mobile commerce requirements.” – Mr. Balachandran

Get Magento PWA Solution for your e-commerce business too-

Connect with Cedcommerce to create your own PWA success story. We have created the Cenia Pro PWA theme for Magento with the vision of making PWA identical to native apps. This, thereby, reduces the need of creating native apps for each OS. Cedcommerce is not only expertise in the PWA technology but also becoming a one-stop solution for marketplacesmobile appsand other e-commerce businesses. Thus, we are ready to create another successful Magento PWA example.

Read a complete guide on PWA for e-commerce.